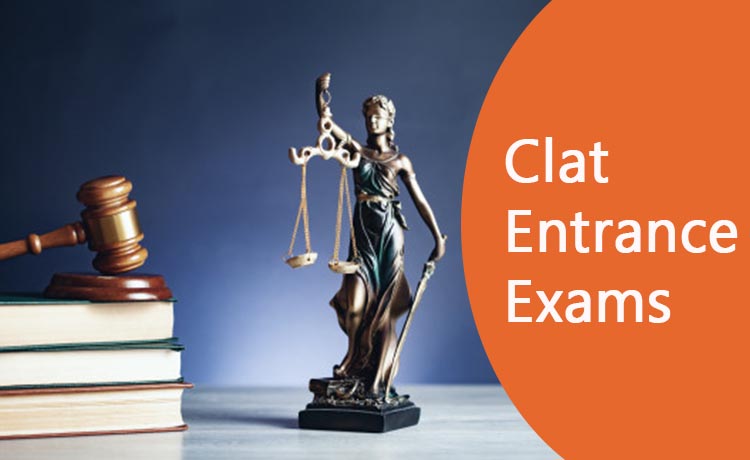 Looking for a career in law? Interested in studying law and everything legal in the country? You should definitely know what CLAT is.

CLAT or Common Law Admission Test is the gateway to the country's top law schools, essentially the National Law Universities. It is a centralized national-level exam for admission to 22 of the NLUs in India.

Funded by the states, NLUs or the National Law Universities, as the name suggests, are public law schools that are elite institutions for your legal education governed by the Bar Council of India. Dream college for many, these NLUs are a big deal. A reward for those who put in their sweat and blood, NLUs are the quintessential law schools that every law student aspires to be a graduate from. The NLUs, established in the city of Bangalore as the first, are now spread across 23 cities which are as follows in the order of their likelihood, as per Upadhyaya Law Gurukul,

Eligibility Criteria : The exam is open to all Indians and NRIs looking to apply in either of the two degrees.

Under-Graduate Courses : Senior Secondary School/Intermediate (10+2) or its equivalent certificate from a recognized Board with not less than 45% marks in aggregate (40% in case of SC and ST candidates). There is no upper age restriction for the test.

Post-Graduate Courses : LL. B/B. L. Degree or an equivalent degree from a recognized University with not less than 50% marks in aggregate (45% in case of SC and ST candidates). The candidates who have passed the qualifying degree examination through supplementary/ compartment and repeat attempts are also eligible for appearing in the test and taking Admission provided that such candidates will have to produce the proof of having passed the qualifying examination with fifty-five/fifty percent marks, as the case may be, on the date of their admission or within the time allowed by the respective universities.

Get on board with us, for Upadhyaya Law Gurukul is all set to launch its batch for CLAT entrance exam with its team of professionals. We await you.

CLAT Target Course(CLAT/AILET on New Pattern ) : This program is tailor made for those students who are either appearing for 12 or have passed their exams and are planning to sit in the CLAT/AILET for next year . This course is exhaustive and covers entire part of the syllabus with the optimum pace . Since the duration is 1 year students feel comfortable with the flow of course. They learn a lot apart from preparation, their comprehension skills, communication skills and analytical skills gets edged to leap long strides.

CLAT Foundation Course: This course is optimum for those students who are early birds and have taken their decision of their life by choosing their calling as Law. They are mostly 10th pass students and their vision is vivid for their career. They visualize themselves as wannabe judges/ Advocates/ beurocrates , so they choose to crack the CLAT . This course gives them full ambience to immerse in legal environment and our classroom acclimates those students in competitive environment. One and half year class room coaching instills the right attitude and aptitude for the legal course and they are fully ready to take the CLAT like a victor.

CLAT Crash Course: This course is designed for those aspirants who already have some knowledge about the CLAT/AILET or have appeared previously or selected with an inferior rank or have lost the selection by a whisker. This course though short in duration but have ample study hours and material to make the candidates prepared to crack the competition.

CLAT Rapid Course: This course is just a touch up for those students who are fully prepare but they want just to gear up for the preparation. This online/offline class will provide students the last hour brush up for the final D –day. This course are especially targeted for those student who are really hell bent to secure a good rank in the CLAT exam and just because of having been a short duration course should not be taken for granted ..

One of the topmost institute for CLAT exam in Patna. Thanks to Sachin Sir.

I took Coaching from here for CLAT exam and Secured rank and Got good collage.