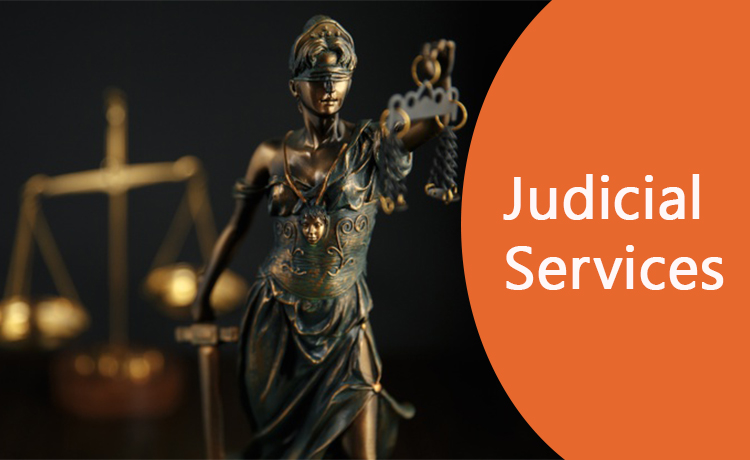 When the need was realised to undo the unfair system of law and order adopted by the British, soon after the independence, the Constitution of India was rolled out, highlighting the practice and operation of the Indian Judiciary. Two days after the Constitution came into effect, was held the inauguration of the Supreme Court came on 28 January 1950, thereby marking the day as the birth of the Indian judicial services. Today, when one decides to pursue a career in the judiciary, it comes with the fathom amount of faith in justice and equality and the zeal to serve the nation and its people. When talks about a career in the Indian judiciary, it often starts with the Judicial Services Examination or the PCS(J)- Provincial Services Examination that are entry-level exams for law graduates to become members of the subordinate judiciary.

What is meant by the subordinate judiciary?

To understand this, let us first understand the hierarchy that the judiciary follows in our country. At the apex, is the Supreme Court, the one that we talked about in the beginning. Under the Supreme Court are the High Courts that are respective to all states of the Indian subcontinent. Under them are courts of two types, civil and criminal, that form the subordinate judiciary, that mark the start of your judicial career.

Why : As the name itself suggests, the Provincial Services Examination is the first step towards seeing yourself serve the province you apply and appear in the examination for.

What : The exam is conducted in a series of three successive stages which are Preliminary examination: An objective exam, the purpose of which is to screen students that pass the cut-off and become eligible to appear for the next round.

Mains : This subjective exam is a composition of 3-4 exams that test the applicants' knowledge, understanding and intelligence of the subject. The results of the exam are considered for the final evaluation and selection of the candidate.

Viva-Voce/Personal Interview : Last but not the least, the round is an assessment of the applicants' personality, skills combined with his general knowledge and IQ.

Who : Any Indian citizen who falls in the age group of 21-35 is an eligible candidate to appear for the exam. However, if you are applying for Lower Judiciary Services you must have an LLB degree and must be enrolled as an Advocate under the Advocates Act, 1961. Whereas, for Higher Judiciary Services, one must have an LLB degree and experience in litigation of minimum & years.

Where: Currently, there are 24 states that you can apply for the PCS(J) exam from. These are:

How : Along with the countless amount of hard work and devotion that goes into the preparation for the PCS(J) exam, it is always advisable to have a mentor/coach beside you. This may be in the form of an experienced relative of yours, a guide or an expert on the subject, or under the supervision of law coaching centres.

What next : The exam opens doors to your dreams. On the successful clearance of the exam, one becomes eligible to being appointed as the Judge.

One of the best institute for Judicial services exam. All the teacher are experienced.

Excellent institute for BPSC specially thanks to Sachin Sir very hardworking towards the aspirants.

My brother took Coaching from here under the guidance of Sachin Sir he Cleared Delhi High Court Exam.